What is the essence of Reiki? What is just form? 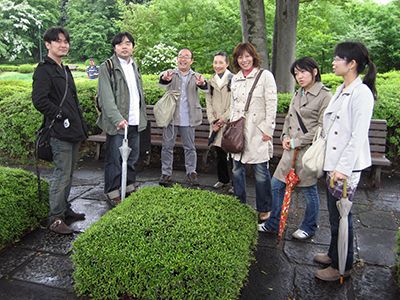 In spring 2008 I travelled to Japan to learn Japanese Reiki (Usui Reiki Ryoho) first and second degree with Tadao Yamaguchi. Tadao's mother has learned Reiki from Chujiro Hayashi, that's why they call their teachings Jikiden - direct. I am not sure about my motive. On the one hand I have practiced Western Reiki in the lineage of Takata and the Reiki Network for 8 years; I have become a Reiki master because of my inner knowing that Reiki works, the greatest gift I have been awarded in life. On the other hand there is this curiosity. The unexplainable is attractive for exploration. I guess it is a kind of network tradition to look behind the scenes. Will I find confirmation of our teachings, methods and of course our symbols? Why do I challenge my concepts about Reiki? Why do I question my perceptions? It turns out, destruction is on its way. Typically Reiki, I would say. Because the way Mrs. Takata taught the symbols and attunements differs from what her teacher Chujiro Hayashi has done in Japan. Talk about the disruptive feminine! This I mean highly philosophically because without Mrs. Takata, Reiki would not have been so popular.

As already mentioned - the initiation is different. It feels very good. I am deeply touched. I learn that Mikao Usui and Chuchiro Hayashi have given only one type of attunement as initiation ritual, that this attunement has been given several times within the seminar, on occasions after that and also accross the different classes or degrees.

Japanese Reiki is described essentially the same way we do. However, the concept of regular self-treatments has not so much emphasis. In my opinion nothing is more important, so here I am really happy about Takata's and the Reiki Network teachings, possibly as modification of what was taught before.

The purpose of the 3 Reiki symbols is quite similar, more restricted and clearly demarcated. The techniques of application, the symbols themselves and their mantras are all different. I see the roots of the symbols, which lie in Sanskrit, Chinese and Japanese calligraphy, and the derivation from origin to symbol make sense; it also feels good. From experience I can say the symbols work.

On the other hand, from experience I can say that the symbols and initiations in the Western Usui Shiki Ryoho also work. It is obvious that some applications over time have been added and others have changed. 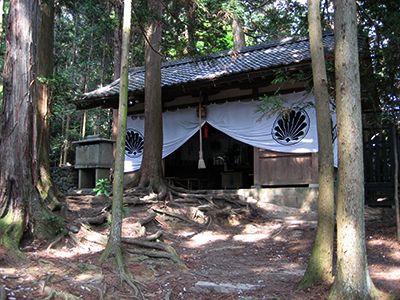 Roots on top of mount Kurama
Don't get your toes gashed!

So I feel great disturbance, as symbols are so significant in Reiki. We know that certain sequences of certain lines create a certain effect. As C.G. Jung states - symbols are energy fields that release and transform other energy fields. Here I am deeply shaken and so is my concept of symbols. How could I follow a different rule and still achieve the same thing?

In questioning my concepts about symbols I find a manipulative part. It is the »achieving« part, making me belief I would, by using patterns, be able to manage and control my environment, making it safer for example, switching on Reiki in another person and so on. Ultimately this thinking is manipulative. Control does not exist, and I cannot achieve anything. If I would have control I would have it forever, otherwise it would not be control. It would also mean nobody else could have control, what a contradiction! Control would also require me to be separate from my environment, otherwise how could I control it? I must admit my perception of the environment has an effect on me. My reaction will change my environment.

Actually I am nothing more than an observer within the system, so I am part of the formula I want to change. This is like an equation with more than one unknown, so it has an infinite number of solutions. The way I look at my world (address the moment), the same way the rest of the formula has to balance that equation. Reiki is a specific way to look at life, recalling concepts of unity, harmony and primordial consciousness. If that is my focus, the effect is inevitable. With symbols I do not create or move anything, I just use them as a means, or tools, to focus on Reiki, to recall Reiki. It is like a rock painting I want to see in a dark cave. I could use a torch with a yellow handle, or I could use a torch with a red handle instead. This is how I feel when I read about discussions amongst Takata's students, regarding whose Reiki is most authentic. Now the irony of life says hello because, it turns out, that all students were rather far from the Japanese way, where to see the paintings a green candle has been used instead.

The same way religions fight for being true or not, one could fight for the Reiki symbols being true or not. But also to truth applies the above said. I could only recognize truth if I were separate from it. Being part of the formula, I cannot recognize truth, I can only observe and address the observed. The consciousness is my key. The misperception of truth and correctness of tools, I believe, is related to the misperception of separation. It is the most undermining belief system, to be separated from the world, to have an identity. From this belief, all others arise. If I could just experience being great, unimportant and ALL-ONE! From misperception of the opposite - the awareness of separation - follows the urge to importance, the addiction to do something, having to manipulate.

Take another example. I could write »love« or any symbolic message using Japanese or Hawaiian or any other language. The clue of addressing would mean I have to know what is behind those letters I write, and then all that happens is I recall and focus on the essence behind the word "love", for which I have to learn the alphabet I want to use, for which I have to have a deep understanding for what »love« is about. I could use the Japanese symbols for it, or the Takata symbols. Keeping the million-times-applied symbols in use makes good sense, because there is a strong matrix behind them. It squares the sum of the knowledge of the individuals and creates less efforted work.

When a student and I come together in an initiation into Reiki, with both tools I can draw the attention to Reiki, and the student will become aware of Reiki. I am not switching Reiki on, but consciousness meets, the student wants to experience Reiki and I use my torch or candle to show and change focus, change the formula.

Nothing much done. Something unimportant and great happened ...